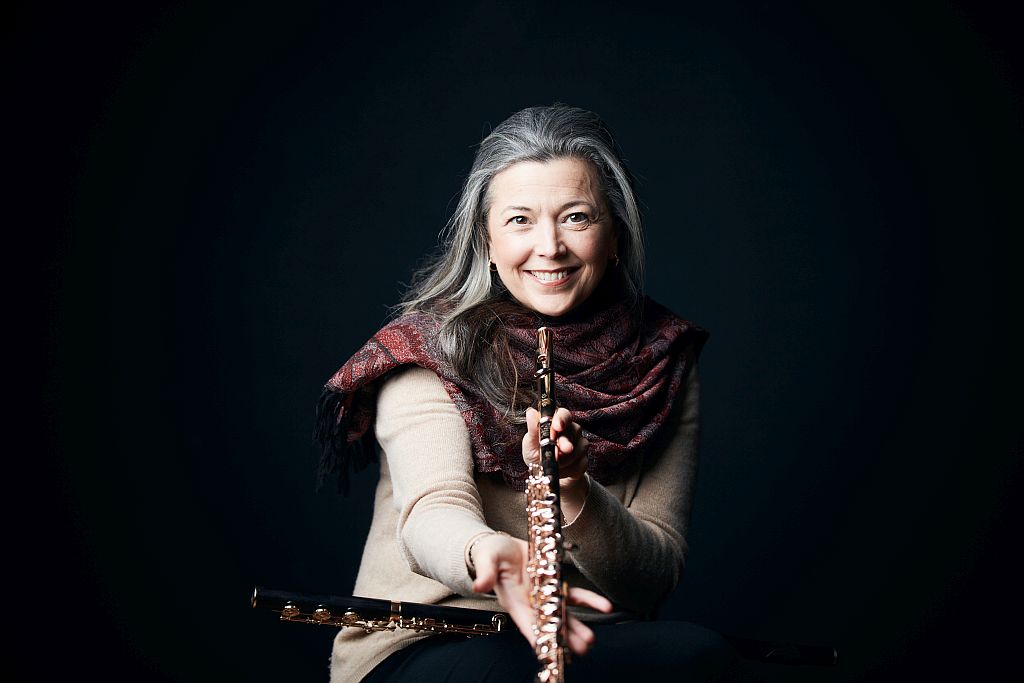 Emily Beynon has been principal flute of the Concertgebouw Orchestra for more than 25 years. Born in Wales, she studied with William Bennett at the Royal Academy in London and with Alain Marion in Paris.

Equally at home in front of the orchestra as in its midst, Emily has performed as concerto soloist with many top orchestras in Europe and Asia. She is frequently heard on the radio, has featured in several television documentaries and has recorded 12 concerto/recital albums.

Emily is an enthusiastic protagonist of new music and has had many new works written for her by composers such as Errollyn Wallen, Jonathan Dove, John Woolrich, Sally Beamish, Roxanna Panufnik and Maarten Ornstein.

A passionate and dedicated teacher, Emily is regularly invited to give masterclasses all over the world. From 2009 – 2021, she was Artistic leader of the Netherlands Flute Academy (Neflac). At the start of the 2020 pandemic, Emily established a YouTube channel with short video tutorials on technical aspects of playing and various orchestral repertoire solos. She is a Fellow and Visiting Professor at the Royal Academy of Music.

Catherine began studying the harp at the age of eight with Daphne Boden and was a scholar at the junior department of the Royal College of Music and later the Royal Academy of music in London. She completed her studies with Fabrice Pierre at the Conservatoire National Supérieur de Musique de Lyon.

Professional highlights have included performing at the BBC chamber music Proms, concerts with the Luzern Festival orchestra in Luzern and Vienna under Claudio Abbado, the concerts in Germany and the Carnegie Hall with the Bayerische Rundfunk symphony orchestra under Mariss Jansons, and a Grammy nominated concerto recording with her sister Emily, Vladimir Ashkenazy and the Philharmonia Orchestra.

In 1999, Catherine was appointed principal harp of the Royal Opera in Copenhagen (Det Kongelige Kapel), a post which she held until 2003 when she was appointed solo harp of the Orchestre Philharmonique du Luxembourg, her current post.